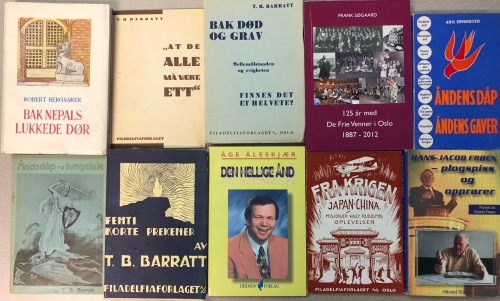 Norwegians have played an outsized role in the development of Pentecostalism, first in Europe, and then around the world. Thomas Ball Barratt, a British-born Methodist pastor in Oslo, brought the Pentecostal message from America to Norway in December 1906. The movement then spread to England, Germany, Denmark, and Sweden. Barratt is widely regarded as the father of European Pentecostalism. 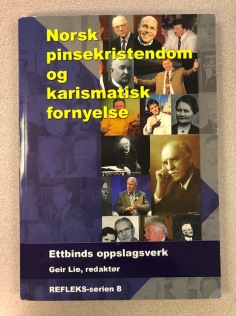 Encyclopedia of Norwegian Pentecostal and charismatic movements, by Geir Lie

Despite the significance of Norwegian Pentecostals, their stories have often been neglected by scholars, in part because sources have been inaccessible. In an attempt to remedy this, over the past 25 years Norwegian historian Geir Lie has engaged in the backbreaking, groundbreaking work of documenting the varied Pentecostal and charismatic groups in Norway. Lie interviewed leaders, assembled an archival collection, and published several books, including an encyclopedia of the Norwegian Pentecostal and charismatic movements.

As Lie began to near retirement, he decided to place his personal collection of publications and research materials at the Flower Pentecostal Heritage Center (FPHC), located in the national office of the Assemblies of God USA. The FPHC is the largest Pentecostal archives in the world, with materials in over 145 languages.

The FPHC catalog now includes about 1,200 records of Norwegian Pentecostal books, pamphlets, and periodical runs.  The FPHC also holds sizeable collections of Pentecostal publications in Swedish (786) and Finnish (724). The FPHC likely holds the largest collection of Scandinavian Pentecostal and charismatic materials outside of Europe. These resources are essential for scholars of global Pentecostalism.

The majority of the Norwegian collection at the FPHC consists of publications associated with Pinsebevegelsen, the largest segment of the Pentecostal movement in Norway. Leaders in several smaller but historically important groups also deposited significant collections at the FPHC: Brunstad Christian Church; the Faith movement; Kristent Nettverk; Maran Ata; and Nardusmenighetene.

Two Pinsebevegelsen organizations, Korsets Seier and PYM, deposited approximately 600 books, pamphlets, and periodical runs at the FPHC. This includes large runs of Korsets Seier (1930-2009) and several other periodicals, as well as numerous books about Norwegian Pentecostal theology, history, and missions. 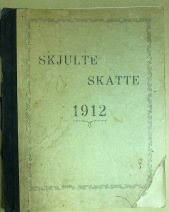 Brunstad Christian Church (originally called Smith’s Friends) has over 8,000 members in Norway and an additional 12,000 members in other nations. Founded by Johan Oscar Smith in the late 1890s, the group identified with Pentecostalism in 1906-1907. Smith’s younger brother, Aksel, initially cooperated with T. B. Barratt. After several years, Barratt and Smith’s Friends went their separate ways.

Brunstad Christian Church deposited at the FPHC a run of its monthly magazine, Skjulte Skatter (1912-2011), in addition to a collection of books.

The Faith movement emerged in Norway in the 1970s and 1980s, influenced by American teachers such as Kenneth Hagin. The Faith movement also drew from aspects of the Norwegian Pentecostal and charismatic movements. Oslo Kristne Senter, founded in 1985 by Åge Åleskjær, grew to become the largest and most influential Faith church in Norway. In recent years, many leaders in the Norwegian Faith movement have distanced themselves from American prosperity gospel teachers and are more closely aligned with mainstream Pentecostals and charismatics.

Thomas Åleskjær, pastor of Oslo Kristne Senter, deposited about 120 Norwegian language books and periodicals, mostly relating to the Faith movement, at the FPHC.

Kristent Nettverk, a network of Restorationist charismatic churches in relationship with British New Church leaders Bryn and Keri Jones, was established in 1980s. Erling Thu, one of the founders of Kristent Nettverk, is a prolific author. Thu deposited at the FPHC over 20 books he authored, in addition to a run of Folk (1988-2007), a periodical he founded.

Nardusmenighetene, an indigenous Norwegian Oneness Pentecostal denomination, was formed in the early 1980s by Torkild Terkelsen. Terkelsen deposited at the FPHC a run of the periodical, Nardus (1984-2006) and 17 books published by Nardusmenighetene.

Do you have Pentecostal historical materials that should be preserved? Please consider depositing these materials at the Flower Pentecostal Heritage Center (FPHC). The FPHC, located in the Assemblies of God national offices, is the largest Pentecostal archives and research center in the world. We would like to preserve and make your treasures accessible to those who write the history books.