Lula Bell Hough (1906-2002) did not take the easy road in life. She never married and instead devoted her life to ministry. Hough was ordained as an Assemblies of God missionary on November 3, 1929, just five days after the Wall Street stock market crash that led to the Great Depression. She spent the next 45 years in China and Hong Kong.

Hough’s greatest challenge on the mission field came during World War II, when she spent seven and one-half months as a Japanese prisoner-of-war. She did not know whether she would survive the ordeal, which began in December 1941. She later recalled that soldiers kept placing their bayonets to her throat, threatening to kill her. Women around her were raped, and thousands died from starvation. Some resorted to eating human flesh to survive. For the first two weeks of her captivity, she lived on nothing but “wormy, mouldy whole wheat.” After that, she was given small food rations. The food was enough to keep her alive, but she lost 38 pounds in about six months.

Living in difficult circumstances for over a decade in China had prepared Hough for the hardship of the prisoner-of-war camp. Hough sent regular letters to her supporters back in the United States. One of these letters, published in the April 21, 1934, issue of the “Pentecostal Evangel,” described a trip to areas in south China where there were no Christians.

Hough humorously described having to share her accommodations with loud farm animals:

“When we reached the inn we were soaking wet and cold. After warming ourselves by an open fire in the center of the room we retired to our room. Cobwebs were hanging everywhere, and one corner was occupied by geese, which entertained us with special music at intervals during the night. Our room was really a hall where people had to pass through, and our bed was only a board. The next night we spent in Sha Hoh, and were thankful to find no geese in our room, but soon discovered there were pigs in the room just below us.”

New Christians often suffered for their faith. Hough described several instances of persecution in heart-wrenching detail. She wrote that one eighteen-year-old woman was beaten by her husband because of her newfound faith. Her mother-in-law scratched the young woman’s face until there were “deep sores and scars.” The villagers joined in the persecution, encouraging the family to sell the young wife into slavery if she didn’t recant her faith in Christ.

Why did Hough and other early missionaries leave their homes in the West and endure difficulties? They were motivated to be faithful to Christ in fulfilling the Great Commission.

Hough explained, “In some of these villages we were the first foreigners the villagers had ever seen, and in many, the first to preach the gospel. God has promised that His Word shall not return unto Him void, so we believe that if we are faithful in proclaiming the gospel, He will be faithful in drawing souls unto Himself.”

Read the entire article by Lula Bell Hough, “Missionary Travels, S. China,” on pages 8-9 of the April 21, 1934, issue of the “Pentecostal Evangel.”

* “A Revelation of the Love of God,” by Kate Knight

Wayne E. Warner interviews Ernest S. Williams on September 29, 1979. Williams was the only Assemblies of God general superintendent who had been present at the Azusa Street revival. He shares about his life and ministry, his relationships with early Pentecostals, and his work with the Assemblies of God.

Joseph Wannenmacher, former pastor of Calvary Assembly of God (Milwaukee, WI) and former superintendent of the Hungarian Branch of the Assemblies of God, is interviewed by his son, Philip Wannenmacher, in Springfield, Missouri, in 1986. 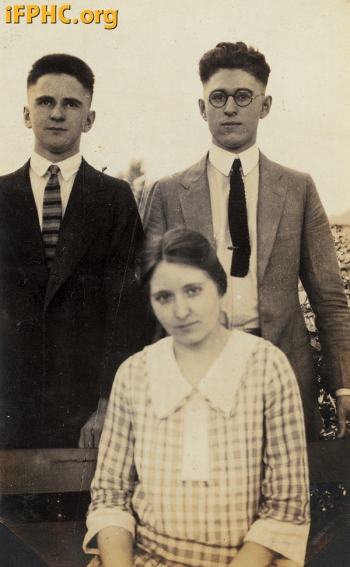 Standing in the back (l-r): Carl Graves, and Arthur Graves. Seated in the front is Irene Graves Pearlman (Mrs. Myer Pearlman). Taken in the 1920s.

Warren Grant interviews James E. Hamill, pastor of First Assembly of God (Memphis, TN), on the occasion of his 50th anniversary in the ministry on August 1, 1980.
ID: V009 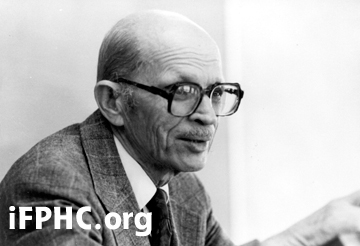 Melvin L. Hodges, former missionary to El Salvador, field director of Latin America, professor at AGTS, and author of “The Indigenous Church ” and other missions books, is interviewed by Dr. Gary B. McGee at the Assemblies of God Theological Seminary, Springfield, Missouri, 1985.
ID: V125