How Should Christians Respond to Cultural Chaos? Read Myer Pearlman’s 1932 Message About Life in a Transition Period. 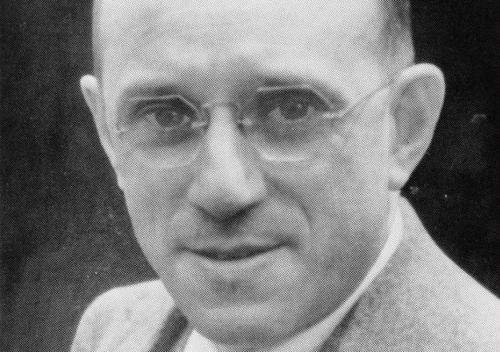 The year was 1932. The world’s economic and political systems were groaning under the weight of an economic depression. Western culture was shifting as modern education and urbanization challenged traditional notions about family and morality.

Myer Pearlman, a prominent Assemblies of God systematic theologian, writing in a 1932 Pentecostal Evangel article, summed up the cultural moment with this phrase: “we are living in a transition period.”

The Assemblies of God’s view of the end times spoke directly to the cultural chaos of the 1930s. Like many other evangelical groups, the Assemblies of God embraced a premillennial eschatology that predicted a period of rapid social decay, followed by Christ’s return. They believed that much of the American church had abandoned the authority of Scripture. In their view, this would lead to the collapse of families, morality, and the broader culture.

Historians have described premillennialists as pessimistic. One might also describe their views as realistic. Indeed, their views seem to anticipate the current societal shifts and discord.

Pearlman’s 1932 article was titled, “At the Dividing Point of Two Ages.” He described the cultural conditions present at the birth of the church two thousand years ago. These cultural conditions, in many ways, strikingly paralleled what was happening in the 1930s.

Pearlman identified the following seven characteristics of the culture during the birth of the church:

1)  It was an age in which popular culture reigned. Superficial forms of religion, art, and philosophy were widely spread among the people.

2)  It was a highly civilized and modern age. International travel and commerce were common, women became prominent in various spheres of life, and there was proliferation of cultural amusements and comforts.

3)  It was an educated age. People were literate, teaching was an honorable profession, and universities and libraries flourished.

4)  It was a cosmopolitan age. The Roman Empire provided a common language and a system of roads that allowed the exchange of goods and ideas.

5)  It was an age of religious universalism. Spiritual and political leaders tried to unite religions and rejected truth claims viewed as divisive.

6)  It was an age that, just before its crisis point, expected a king to emerge who would save and rule the world.

7)  It was an age that witnessed the first earthly coming of Christ.

How should today’s church, perched on the edge of the dividing line between the two ages, respond to cultural chaos? Pearlman encouraged believers to rejoice in the hope they have in Christ. Christians should “lift up their heads in joyous expectancy when these things come to pass,” he wrote, “and to watch to keep their lamps lighted and filled with oil, and faithfully to use their talents until he comes.”

The premillennial return of Christ is one of the four cardinal doctrines of the Assemblies of God. The doctrine helps make sense of current events and points believers to the ultimate hope they have in Christ, even as storms swirl around them. The doctrine also underscores the biblical teaching that social conditions will worsen before Christ’s second coming, and that believers should not place their ultimate confidence in earthly kingdoms or leaders. These are important lessons for Christians to remember in the current transition period.

• “The Kingdom of the Son of Man,” by James S. Hutsell